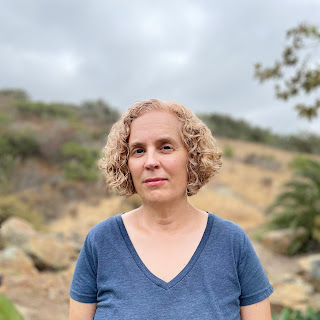 Jen Michalski currently lives in Carlsbad, California. She graduated from St. Mary’s College of Maryland with a BA in English and received her MS in Professional Writing from Towson University. She was voted one of the best authors in Maryland by CBS News, one of "50 Women to Watch" by The Baltimore Sun, and "Best Writer" by Baltimore Magazine (Best of Baltimore issue, 2013).

Her debut novel THE TIDE KING was published by Black Lawrence Press (2013; winner of the Big Moose Prize and "Best Fiction," Baltimore City Paper, 2013), and also her second novel, THE SUMMER SHE WAS UNDER WATER (Black Lawrence Press, December 2017).  She is the author of two collections of fiction, CLOSE ENCOUNTERS (So New, 2007) and FROM HERE (Aqueous Books, 2014) and a collection of novellas, COULD YOU BE WITH HER NOW (Dzanc Books, 2013). She also edited the anthology CITY SAGES: BALTIMORE (CityLit Press 2010), which Baltimore Magazine called "Best of Baltimore" in 2010.

Her latest novel, YOU'LL BE FINE, is forthcoming in 2021 (NineStar Press), as well as a collection of stories, THE COMPANY OF STRANGERS (2022, Braddock Avenue Books).

Her writing has appeared or is forthcoming in more than 100 publications, including McSweeney’s Internet Tendency, The Washington Post, Poets & Writers, Writer's Digest, Psychology Today, The Literary Hub, and others. Her stories "From Here," which appeared in storySouth, "The Goodbye Party," in The Literarian, "Three Boys," in Barrelhouse, "I'm Such a Slut and I Don't Give a Fuck," in Smokelong, "Greater Good," in Gargoyle, and "The Loneliest Creature on Earth," in Little Fiction, were nominated for the Pushcart Prize. She is the founding editor of the weekly literary journal jmww.

You can contact Jen through her Facebook or at jen.michalski "at" gmail "dot" com. She also likes smoke signals and balloons and chocolate. She's on twitter at https://twitter.com/MichalskiJen, doing stuff.