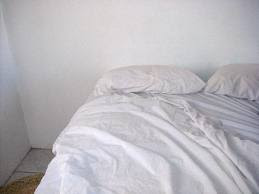 
Lillian calls Roy out of the blue. It had been so long since they'd dated, for him, anyway, that he doesn't recognize the number in his cell phone. But he knows the voice that speaks and is instantly filled with the warm giddiness of promise, the delusional kind in which Lillian has made a terrible mistake and wants him back. He doesn't know if he wants her back, necessarily, but he swings his feet over his bed and pulls on yesterday's socks.

"Roy, I know it's been a long time, but I have a favor to ask you," she says, her voice breaking up as Roy walks around the room, looking for a shirt.

Favor. Shit. He falls back on the bed, suddenly feeling the need for a few hours' more sleep.

"How long has it been, Lillian?" He tries to remember Lillian's specific features, recalls her perky tits.

"Eighteen months, almost. Look, I know this is probably a surprise to hear from me, but I'm not sure where else to turn…"

"Well, with that opening, how could I refuse?" Not promising in the least. He closes his eyes, rubs his temples, wondering what he could possibly offer her. Does she need a band for her wedding? Maybe his band, Fabric Softener, can play the song he wrote for her. Not a marriage proposal, exactly, but a tacit acknowledgment that two years together had been a long time. Maybe she needs some sort of underhanded loan, or, well, Roy is running out of ideas. He's not the go-to guy for many things. But he agrees to meet her, anyway. He rolls over, trying to erase the suddenly perfect image of Lillian in white.