Story Archives: "The One Up" 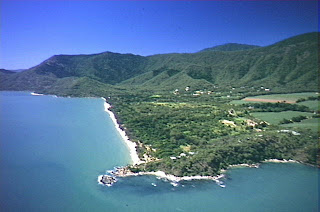 The lie seemed harmless enough; no one at her ten-year college reunion had kept up with her, or she with them. It started innocuously in the hotel where she was staying, a Days Inn ten miles from campus that smelled faintly of industrial cleaners and coffee. Someone had left a catalog for an Australian clothes company in the lobby. Its thin, glossy pages featured rugged young men and women perching on barnyard fences, tilting precariously on bicycles while laughing, staring intently at some point off the page while sipping a cappuccino at an anonymous coffee shop. It was a life that didn't exist but everyone tried to emulate nonetheless, well-tailored clones in the cookie-cutter towns she had spent most of her life trolling through since college, consulting for a software company that eventually downsized her. She noticed on page 16 a model wearing rolled up clam diggers and a crewneck sweater playing with a shaggy retriever in the surf, her angled face dark and hidden by the late afternoon light, a model who, amazingly, looked very much like her.

When her classmates, conspicuously heavier around the jaw and waist, bearded or clean shaven since she last saw them, in various stages of pregnancy and motherhood, or recovering from an early-bird midlife crisis, asked what she, Emma Vyne, had been doing since school, she smiled modestly and laughed politely, explaining that she had been traveling here and there, doing the odd modeling job, not much really, although she did do a shoot recently in Brisbane. Perhaps they had seen her photo in the Pacific End catalog?