We drove down to Winston-Salem Friday for the weekend for the Press 53 Open Awards Ceremony and Five-year Anniversary party. Saturday, however, we spent most of the day in Salem Village, which is located in the heart of Salem (near Salem College, an all-girls' school). It's a carefully reconstructed colonial village that was established by the Moravians, a Protestant colony that left Czechoslovakia to escape religious persecution during the Reformation. 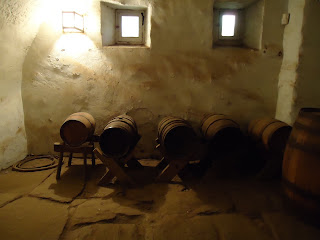 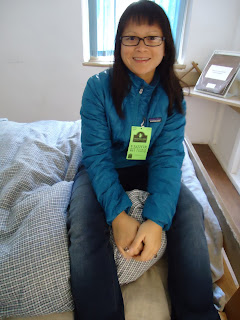 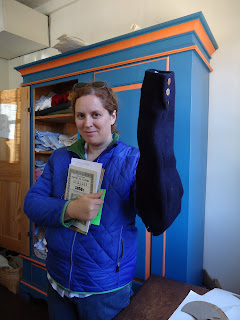 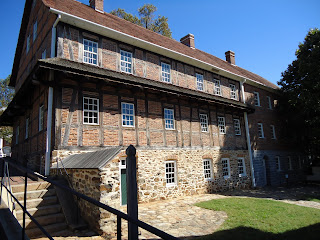 As we visited taverns and homes and gunsmiths and apothecaries, We were fitted for clothes and we tested beds. Everything looked to be in good order. We also learned about trees and herbs, cyanotype photography, types of nuts and cider making, and also the Moravian printing press. Blum's Almanac got it start in Salem Village in 1828 and cost ten cents. Don't tell my grandmother, but I bought her the current edition for Christmas.

The architecture on the Single Men's Home (bottom two photos, brick and wood inlay) is stunning. Village boys lived in the home from age 14 onward, learning a trade and becoming self-sufficient. Those who did not marry (marriages were approved by the church and not one's parents) spent their entire lives in the home. There was also a Single Woman's Home, but it was not open to the public. 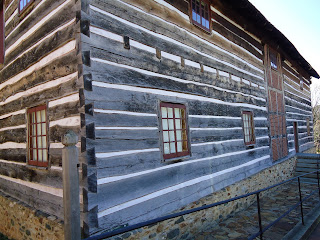 Fire buckets in the village tavern. Then-president George Washington spent the night here. We ate some chicken pot pie in the tavern-restaurant next door. 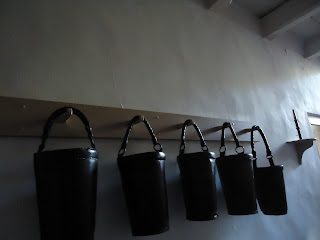 After a long, exciting day at Salem Village, we headed downtown to the Arts Center for the Press 53 Awards ceremony and five-year anniversary party. It's pretty amazing how many titles Press 53 has published in a mere five years. And it's great that there's a press that gets literary authors. Press 53's specialty is short stoy collections, a rarity today. Here I am with Kevin Morgan Watson, Press 53 guru, receiving an award for my first-place entry in novella, MAY-SEPTEMBER. 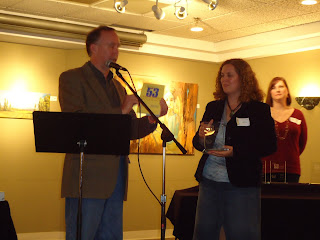 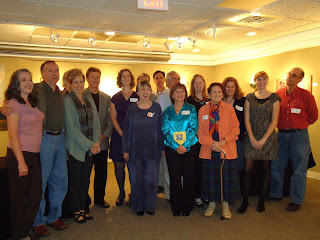