The Dogs of Books 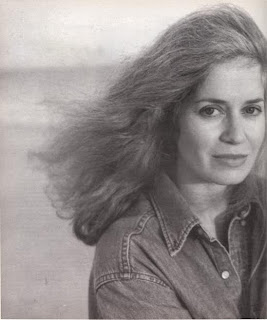 Amy Hempel read at UB's MFA Reading Series last night. She's a diminutive but funny woman with a sexy purr of voice and a modest, approachable demeanor. I'm always interested in the writing process, particularly of someone such as Amy Hempel, and it's amusing that we both produce such differing quantities of work, although our approaches are the same. For instance, we both mull a piece over and over in our heads until it is ready to be birthed, fully, formed, like Athena. We hear the sounds, the sentence level, the rhythm, except that Amy Hempel usually births a much smaller, tighter Athena than I do, with very little revision. Maybe my births will be smaller, leaner—more able to survive, as I grow older, more acquainted with the midwifery of writing. Although after six years of writing short stories, I seem to have fewer stillbirths than I used to.

Amy Hempel trains guide dogs in her spare time. She read "The Dog of the Marriage" and a few other dog-themed stories. I don't write about dogs very much but I marvel at their pack mentality. For instance, my Boston terrier Shirley (my third rescue Boston) is known as a companion dog, which literally means I can't do anything, not even go to the bathroom, without her company. I like to think that she is protective of me, but I think she just has a strong preference to be mommied in her late life (to my knowledge, she has been a mommy at least once). And she never barks, except in her sleep. Strange little pup. But she is the baby I have right now, one of many dog children I will probably mother in my life. And, like stories, all we want from them is the satisfaction that we loved them fully, to the best of our abilities.