The Mix Tape of My Life 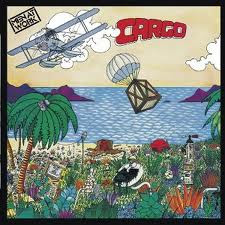 I said I wasn't going to go to AWP in Chicago next year: Too overwhelming. Too underwhelming. Long commute. Too many hours tabling. Expensive food. But when the lovely and talented Ashlie Kauffman asked me if I wanted to be on the panel she was submitting, I couldn't text the word sure! fast enough. I hope I will remember to pack layers.

I was at the New Mercury Reading Series this weekend here in Baltimore and I was fascinated by the excerpt Sandy Asirvatham read from her memoir, SONGS CAN SAVE YOUR LIFE. I remember the early eighties well, when I was a prepubescent and so was Michael Jackson, kind of, during Thriller and before he got all creepy with the plastic surgery and his hair caught on fire. I'm not a huge fan of pop music, but the songs Sandy wove into her narrative about being an outsider in the homogeneous strata of American Billy Zabaka-looking, Baby Soft-smelling puppy love really resonated with me. I too sang Bee Gees songs in the basement (and also put on solo productions of the film Grease). I wrote fan letters to androgynous boy singers like Leif Garrett and Shawn Cassidy, whose golden locks could kick Justin Beiber's any day of the week. I remember when video killed the radio star, and I became a participant in something bigger, something exciting, the video music revolution, the first lap of the INDY 500 which is ending only now with video phones that play YouTube and iTunes.

I loved "Don't Stop Believin'" the first time around and wanted to be the self-styled Welsh witch Stevie Nicks. What a treat when I got to college and found out we all did.

I don't understand the music of today. While I was outside watering the lawn on Saturday someone was blaring music out of their house. I am usually annoyed by such indulgences, for noise pollution is so prolific in our community, usually from cars with sub-woofer sound systems and increasingly deaf drivers. But I listened, hoping to catch an earful of the old magic, when folks on my block in Baltimore during the 1980s washed their American cars with chrome bumpers and listened to the Rolling Stones or Genesis on 98 Rock or even Lionel Richie or Cyndi Lauper on B104.

But the man singing this music was not a man, or at least didn't want to be one. A robotic monotone pulsed out of my neighbor's windows. How many songs have I heard blaring from clubs or cars or commercials these past few years in which the singer's voice has been mutilated by some electronic overdub? And don't they have the good sense of history to know it's already been done, Peter Frampton did it first, and with a guitar, not an Apple program in his basement?

I sound so old. This morning I played a little Men at Work on my iPod. Sure, they rode the coattails of the Police and their white ska, who rode the wave of the under-appreciated ska era closing out the seventies in London, but they were new to me and to the other kids who played them at pool parties and last-day classes and who I listened to in bed, the clock radio wedged under my pillow at night so my parents couldn't hear it. They came from a land down under, and that isn't the only reason they'd kick robot boy's ass any day of the week.

Did I tell you I might be heading to AWP next year? Let's exchange mix tapes when we get there.