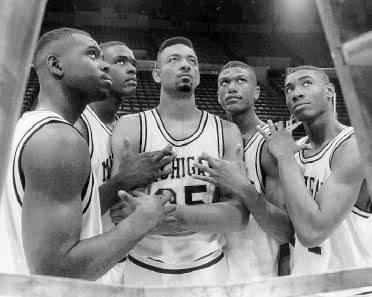 As my grandfather would say, I was really tickled to be on the longlist for Wigleaf Fiction's Top 50 for "The Turn of Things," which appeared at Everyday Genius last year. I don't write much flash, and I'm nowhere as good as those on the list, so it's a real treat to see my name behind Roxane Gay, Gerg Gerke, Joanna Howard (her jmww work!), Sarah Lippman, Robert Lopez, Amber Sparks, and others.

I have tried to do a little more flash this year, and "The Turn of Things" and "Tender Is the Night," now at the Potomac, are some of those pieces. They're actually excerpts from a wikipedia-style novella I'm working on in the time between the novel and the journal. I'm not sure where it's going, and I'm putting the fragments of story together just as I hope the reader will be when it's finished. You can read other parts of the novella so far in other journals—"Outlook" in NANO Fiction, issue 4.2, "Spiderman" in Dark Sky Magazine, "Wildlife" in wigleaf, "Conjugation" in Smokelong, "Cagarese en la Leche" in Necessary Fiction, and "Evolution" (forthcoming from Bananafish).

I was also really happy to do do Barry Graham's "Fab Five" over at Dogzplot. Five of my own online stories that I love (some of which could use another look) are listed, including "His Life Backward, Her Life Forward," "Killing Rabbits," "Vital Signs," "Cagarese en la Leche," and "Neighbors."

Finally, thanks for the Maryland Film Festival for another great year of films! My favorite was the documentary "We Were Here," about the AIDS epidemic during San Francisco during the 1980s, followed by "Cafeteria Man," one man's efforts (Tony Geraci) to implement the use of healthy, organic, locally grown foods into Baltimore City Public Schools, including the building of a school-run organic farm (done) and central kitchen (still on the drawing board). We saw one other movie that didn't impress me, I won't discuss it here. I was pretty bummed that I made some unwise scheduling decisions and missed out on "Septian," which everyone who saw it agreed was so great.

Anyway, so many people work so hard to make this happen seamlessly every year, from the directors to the film festival staff, including head honcho Jed Dietz, the operations manager Rahne Alexander, who got a fabulous walkie talkie to complement her equally fabulous Dolly Parton handbag, the vendors, and the mostly gracious, energetic volunteers (aside from the grouch at the Brown Building who told me to throw away my four-freaking-dollar soda from the Charles while all manner of people streamed in with bottles of water and food). My hat is off to you guys. See you next year!