Things of Which I Should be Thankful But I Am Not 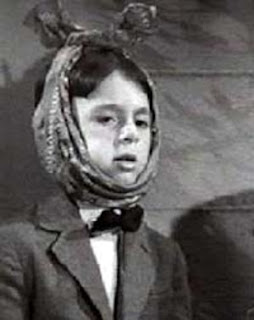 I have a toothache in my back molar that makes my jaw hurt, my neck hurt, my eye hurt, and a bunch of other teeth hurt. It came on a few days ago and is getting worse, even though the filling is still intact a year after my last work on it. (It's in a weird spot on the side, where the gumline is, and fell out like three times before a new dentist jammed it in there.) I'm worried there's something going on around it, more decay or something, and that I'll have to have a root canal or something. I'm pissed because I spend a lot of time on oral hygiene, brushing and flossing and mouth washing (even if I eat an inordinate amount of jawbreakers), and it's like an insult that something is wrong with the molar yet again. Of course, this should be the least of my worries. If I am genetically susceptible to cavities, unlike my gf, who can write off the dentist for years and still receive a clean checkup, then I should be thankful. It could be worse, like I could find out I'm genetically susceptible to breast cancer (knock on wood so far) or ovarian cancer (knock) or heart disease (knock). But I hate going to the dentist, like 99% of the population. I think of my grandmother's dentures with fear and interest (because it would be so much easier, wouldn't it? Dentures and wigs—a pixie cut for when I'm jogging and I'm hot as hell and a long, curly mane the rest of the time).

I guess I need to get on the horn Monday and beg for an appointment. I wonder if this all could have been avoided if I had made my appointment when I received my reminder card three months ago. But I am not the preventative health type; I just finally made an OB/GYN appointment after many years of not going, and only after reading The Emperor of All Maladies: A History of Cancer, which has given me oncologic nightmares for weeks. I should be thankful for this pain, telling me to get my ear on the phone and make a f*cking appointment. But I am not. I am going to get a snowball today and tell it exactly how I feel about it.