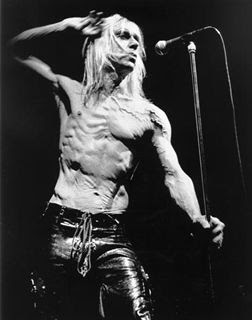 I'm looking forward to the Dzanc Books Write-a-Thon this weekend because I have a lot of work left on this draft of my novel. It's been surprising and gratifying to see the novel find its focus and shape, even as I have had to let go of 100 pages, some of which was, at least in my opinion, pretty good. I suspect we are not the only group of artists who experience such loss. How many times did Picasso or Motherwell paint over a canvas until a piece was completed? How many riffs of choruses did Lennon and McCartney not wind up using, no matter how great, or even Mozart? (Of course, we likely know, at least for the Beatles, since record companies will release any two notes together on a deluxe edition outtake CD box set.)

I think that this is the problem—we know how hard it is to make music, and we often listen to its many progressions, from raw demo to polished single. But we never know how much authors have struggled, except if they have died before a book has been completed (and the book published unfinished). I think publishers should make it practice to release deleted scenes and earlier versions of books, even if just online at the author's page, so the public can see the many dark days and nights of searching for what one is actually trying to say (And, as one knows, what one wants to say in a story or novel is usually not the same as what needs to be said.)

I think I might publish some of what I've written this upcoming weekend here on the blog so you can see my struggles and successes (or perhaps, just struggles). I've always been an impatient writer, spurred by so-called inspiration and raw power and less by the refining process. But a writer's patience, in writing, is just as important as a writer's talent. I've raised Frankenstein from the dead, for sure, but I need to make him look like Brad Pitt.