Sometimes They Start and Then They Stop 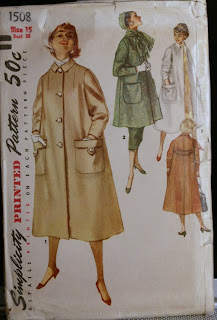 I mean stories. For instance, exhibit A, The Lady in the Coat Pile

She was in the coat pile. One by one the guests left, cashmere and wool double-breasted coats plucked from the bed, the arms of parkas flying, scattering cats, when she appeared under a herringbone, her face pressed into the duvet.

“Oh, dear.” The lady of the house said. She felt the woman’s forehead. There was a coolness not expected. She grabbed the woman by the shoulders and sat her up. “Are you ill?”

“Left behind,” the woman sighed, shaking her hair, black, silky, and the lady of the house smoothed it like wrapping paper.

“With whom did you come?” The lady of the house guided the woman downstairs. Such a fine woman, she marveled. Only her spackled white skin, her worry brow—But who wouldn’t be marred, who wouldn’t be?

“I don't recall. Do you mind if I spend the night?” The guest asked, cupping hot tea that the man of the house brought from the kitchen. The steam smoothed her face like cellophane pulled from the roll, ready to keep things from spoiling.

This is where it began and ended for all of them.