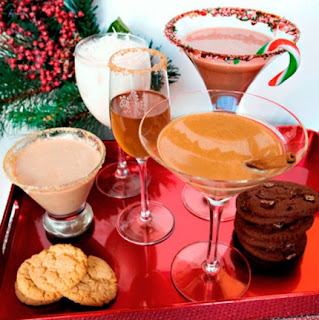 Our holiday nonfiction reading for jmww is right around the corner, it seems like. I hope you can make it! (Thanks so much to nonfiction editor Dario DiBattista for organizing):

To promote JMWW's Fall 2011 special nonfiction issue (http://www.jmww.150m.com), we're hosting an event at The Americana in Canton. We're branching out into new areas of Baltimore other than just Hamden and Mount Vernon, and trying to get the word out about the awesome literary scene.

Two local essayists featured in the nonfiction issue, Ned Balbo and Jane Satterfield, will be reading. And, two other amazing local nonfiction writers, Evan Balkan and Paul Barbagallo, will be there, too. In addition to Baltimore's best beers on tap and the great cuisine of The Americana, we'll even have the comedian Rory Holderness doing a brand new routine catered for this event. That's right. This ain't no stuffy highbrow event. You'll laugh. You'll cry. You'll drink? Alllll gooooood.

We'd love to see you there! Please spread the word! And please check out the nonfiction issue (www.jmww.150m.com). We have an e-book, too!

Ned Balbo received the 2010 Donald Justice Prize, selected by A.E. Stallings, for The Trials of Edgar Poe and Other Poems (Story Line Press/WCU Poetry Center). His previous books include Lives of the Sleepers (U. of Notre Dame Press, Ernest Sandeen Prize and ForeWord Book of the Year gold medal) and Galileo's Banquet (WWPH, Towson University Prize). He is also the author of a chapbook, Something Must Happen (Finishing Line Press). He has received three Maryland Arts Council grants, the Robert Frost Foundation Poetry Award, and the John Guyon Literary Nonfiction Prize. "My Father’s Music," an essay on adoptive identity and ethnicity, appears in Creative Nonfiction's anthology of Italian-American prose, Our Roots Are Deep with Passion (Other Press). He teaches at Loyola University Maryland.

Jane Satterfield is the author of Daughters of Empire: A Memoir of a Year in Britain and Beyond (Demeter, 2009) and two poetry collections: Assignation at Vanishing Point (Elixir Press Book Award, 2003) and Shepherdess with an Automatic (Washington Writers' Publishing House, Towson University Prize). Among her awards are an N.E.A. Fellowship in poetry and three Maryland Arts Council grants, as well as residencies in poetry or nonfiction from the Virginia Center for the Creative Arts. Satterfield has received the Pirate's Alley Faulkner Society's Gold Medal in the Essay, the Florida Review's Editors' Prize in nonfiction, and the Heekin Foundation's Cuchulain Prize in Rhetoric for the Essay. Her craft essay, “Lucifer Matches,” appears in Mentor and Muse: Essays from Poets to Poets (Southern Illinois U. Press). She is literary editor for the Journal of the Motherhood Initiative for Research and Community Involvement and teaches at Loyola University Maryland.

Evan Balkan has published five books of nonfiction, most recently The Wrath of God: Lope de Aguirre, Revolutionary of the Americas. His agent is currently hawking his novel, The Short Unhappy Life of Thomas Hammond. He is the Coordinator of the English Department at the Community College of Baltimore County and lives in Towson.

Paul Barbagallo, a candidate in the MA in Creative Writing Program at The Johns Hopkins University, is a veteran reporter of ten years. His work has appeared in The Washingtonian and other places.

Rory Holderness is an up-and-coming young live comedian and also Twitter comic. He has performed at clubs in and around Baltimore such as Fire House Tavern and Sonoma's. His comedy articles have appeared on FunnyorDie.com and slacktory.com, and he is currently a contributor to nationallampoon.com. His various work can be found at cuddlyninja.com or @CuddlyNinja.