What the Shop Sold 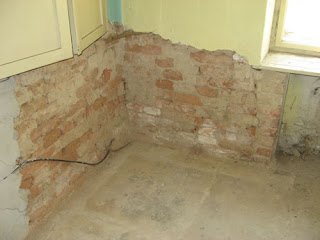 I dreamed of a store inside a rowhouse that sold all the things I've ever wanted but couldn't have. Except they were not for sale, at least not to me. I could look at them but not touch. I made up reasons to go to the store all the time, looking, trying to find a way to convince the proprietor to give me the things, sell them, or trade them to me. I asked the universe what to do. Finally, it said, you already have your answer. The answer has always been the same. This store does not even exist. When I looked at the proprietor, she said, Goodbye, Jen and went into the back. When I followed her, she was gone. When I returned to the front, so were the things, except for their shadows. Then, when I left the store and turned around they too were gone—an empty storefront. I knew when I turned the corner that the store would be gone, too. I climbed into a cylindrical pod and rocketed into space. The earth was the size of a button. I never wanted to go back, but I remembered the things I did have and was thankful. The earth got bigger and bigger again. I braced myself against the pod. Impact in minus five.

I always have music in my dreams, stuff I've made up in my subconscious. The music upon my return to earth was some Crosby, Stills & Nash knockoff, some bittersweet-all-the-wiser-sounding song. I always thought they were a little smug.