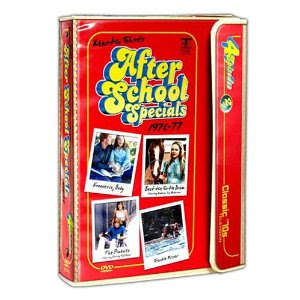 Dog walks are always exercises in socialization—less for our dog, Sophie, more for me. Sophie is an adult Boston terrier rescue who is mostly blind and therefore fearful of all dogs, which predictably results in crazy aggression when she hears or smells them. Also, I can't discount that she has gotten into a fight or two in her lifetime, judging by the battle scars on her ears. Mostly, my walks consist of trying to avoid other dog owners who think, because their dog is friendly, they do not need to be leased. There's nothing more nerve wracking than a dog with its full sight barreling towards Sophie, with a dog owner in tow assuring me that Killer is friendly. These are the same people who let their children pee on your sofa.

But sometimes the threats come from humans. Just the other day, we were walking perpendicular to a busy intersection when a minivan turned right from the intersection onto our street and stopped on the sidewalk in front of us.

"Excuse me," an ample black man in his fifties got out of the driver's seat. "Do you know of any dumpsters around here? We have some trash we want to throw away."

"There's a contractor right there." I pointed behind me. "I'm sure they have a dumpster."

"Yeah, but they're a little weird about that," he explained. I glanced in the empty van just as the passenger door opened and an ample white man in his fifties emerged. He wore a sporty pastel-striped oxford revealing a white t-shirt underneath. The trash in question turned out to be a few McDonald's bags.

"What a beautiful dog." The driver made his way around the vehicle to Sophie, who sniffed his hand and lost interest. "She's got some age on her."

"Is it a terrier?" The sporty shirt man inquired. He spoke in a halting/speedy pattern that I attributed to perhaps developmental delay.

"There's a dog park in Hampden where I used to take my Rottweiler," The driver offered. "He died. Broke my heart. I never cried so hard."

I wondered whether the men were not partners. Too chummy for coworkers, too enamored of dogs. Too soft and harmless, neutered just like their beloved pets. Maybe. The driver took out his iPhone to show me his rottweiler.

"Can you see from there?" He waved me closer to the van. "It's really sunny."

In the after-school special, viewers would clench their Capri Sun pouches and Twinkies. Jenny is going to get abducted. Don't get into the van, Jenny!

"I can see fine," I answered. I wondered who would grab Sophie, who bless her, began to pull me down the street like the uberaware rescue dog she is. (Most likely, judging by her panting, she really wanted to get home and drink some water.)

"See here's my baby." The man stepped closer and shoved his phone into my face. I was expecting pictures of a dog in the prime of its life, bounding in the muddy trenches of the dog park, or chewing a bone by a sofa. This rottweiler was on a veterinary exam table with a white blanket draped over half its body. This rottweiler was dead.

"I'm so sorry," I replied. I admit, I have a picture on my phone of sweet Shirley right after the injection. It is the last picture I have of our life, and I can never look at it without crying. Most importantly, I know how possibly strange it could be perceived to be and therefore never show it to anyone.

"And here's my Chow." To my relief, the Chow is alive. "But I loved my rottweiler. I don't know if I could ever get another dog."

There is a pause between the three of us. The passenger door of the van is still open. The back seat is empty, a clean, soft green velour that could hold me and Sophie without any trouble. Would the ladies in the salon a few feet away hear my screams as they wrestled me into the van? By the time my girlfriend got home from work, I'd be six hours removed from this spot. Is this how my life will end?

We turn toward the sound of a lady talking on her cell phone. She is hard and old and for some reason, I think she is with the men, that they have been waiting for her. But she passes us by, and so does the heavy air between us. I take two steps away from them.

"You have lovely pets," I say as Sophie's momentum begins to take me. "Thank you for sharing them with me. There's a liquor store a half block down, and they usually keep a garbage can outside the door."

"Thanks so much, ma'am," sporty shirt says as he and the driver climb back into the van. "Have a great day."

I listen for the van to start up, quicken my pace. I have already promised myself I won't wave, won't look back.