Ten Interview Questions for The Next Big Thing

The Next Big Thing Blog Hop is a chance for authors to tell you what they're working on. The author answers 10 questions about their next book and tags the person who first tagged them plus at least five other authors. Thanks, Christine Stewart, of The Real Writer, for tagging me!

What is the working title of your book?

Where did the idea come from for the book?

I was vacationing in Newport, Rhode Island, and had just read Kristin Hersh's memoir, Rat Girl. She's in the band Throwing Muses, who formed in the early 80s while attending Salve Regina College in Newport. Anyway, a particularly interesting part of Hersh's memoir was the friendship she formed with the legendary Betty Hutton, who lived in Newport and decided to complete her education (earning a bachelor's and then master's) at the same time Kristin attended Salve Regina, even though she was in her  seventies at the time. Sometimes Betty Hutton would go to the Throwing Muses' shows, but she'd bring her priest along with her to the clubs.

What genre does your book fall under?

Literary fiction. But I guess it could also fall into that women's catch-all, upmarket women's fiction.

Which actors would you choose to play your characters in a movie rendition?

Good question! I'd want someone someone a little boyish and independent to play Kate, the main character, like a seventeen-year-old Clea Duvall: 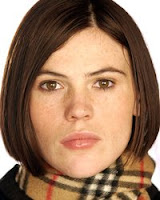 This guy (or someone like him) could play Charlie: 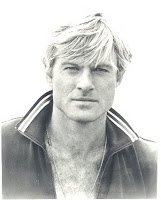 As for Grace, I think Judi Dench would return my call:

What is the one-sentence synopsis of your book?

In 1974, 17-year-old Kate Reich drives an ice cream truck for the summer in Newport, Rhode Island, and dreams of becoming an artist. On her routes she befriends a young autistic boy, Emory, and Grace Huston, a reclusive aging movie star. When the Emory is accused of drowning a young girl, Kate and Grace set out to prove his innocence. (Okay, that's three.)

How long did it take you to write the first draft of your manuscript?

About a year. I'm working on the second draft now.

What other books would you compare this story to within your genre?

I like to think of it as Donna Tartt's The Little Friend but set in New England instead of the South.

Who or What inspired you to write this book?

Being in Newport and Betty Hutton. I started a short story about a girl who befriends a Betty Hutton-type recluse one summer, and it quickly became too big for the frame I'd created.

What else about your book might pique the reader’s interest?

Of course, there are competing love interests for Kate (a surfing college boy and a local police officer). And the little girl who Emory is accused of drowning, Anne Barney, is not the only person to die in this book.