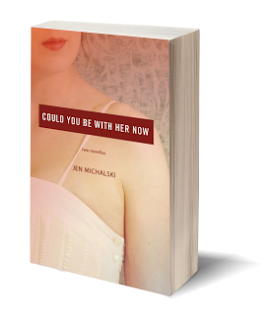 Thanks so much to Timothy Gager, editor of The New Graffiti, for running an excerpt of the novella "I Can Make It to California Before It's Time for Dinner" from Could You Be With Her Now. Specifically, this is the short story, "California," that originally was published in the Avatar Review and eventually became the aforementioned novella. It's great to see it given new life. Here's what I had to say about it:


This short piece, “I Can Make It to California Before It’s Time for Dinner,” eventually became the novella of the same name in my forthcoming couplet of novellas from Dzanc Books (Could You Be With Her Now ( January 15, 2013). I’ve never written a story, a 1000-word one at that, in which the protagonist kills someone. Did I mention that protagonist, Jimmy Dembrowski, is a developmentally disabled 14-year-old boy who strangles a teenage girl? The novella just gets worse and worse from there—not only a tragedy for the teenage girl whom Jimmy kills but also for Jimmy, who is taken advantage of and harmed after he runs away from doing something he doesn’t fully understand. We shouldn’t be afraid of what we write, and I’m not sure from where in the depths of my subconscious this story came, but I must still own it as part of myself. It’s part of my responsibility as a writer. However, I often wonder how people will respond to this piece. On one level, it’s about the dangers of living in a world while having a compromised reality, but when I think about what actually happens in the story, from the killing onward, I still cringe sometimes.”

To read the except, go here.
Labels: Could You Be With Her Now New Graffiti Timothy Gager