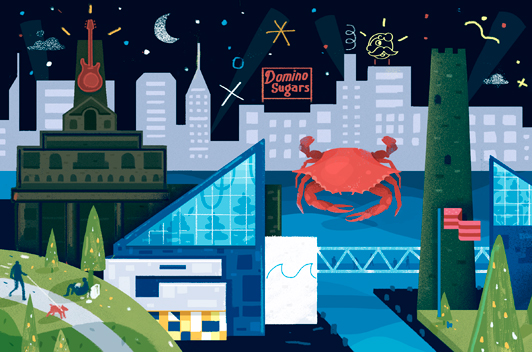 Poets & Writers magazine was kind enough to invite me to write about the best city in the world, Baltimore, and I detail its literary greatness:


Baltimore is warm but pleasant...I belong here, where everything is civilized and gay and rotted and polite.― F. Scott Fitzgerald

"Fitzgerald's famous quote about Baltimore might convey a town of Southern Gothic leanings to outsiders, but as a Baltimorean, I think it means that you can stroll through a neighborhood of stately, preserved brownstones while watching a rat leisurely cross the sidewalk. Or visit the Patterson Park Observatory (called the Pagoda by locals because its Victorian design is often mistaken for Asian) and throw away a box of fried chicken someone left behind on its steps. Like an imperfect gemstone, Baltimore’s real value lies in it being one of a kind. Established in the 18th century as part of the tobacco trade, Baltimore has always been known as a gritty harbor full of wharf rats and stevedores, a place where the newspaper would just as likely be used for fish-wrap as for reading."

To read more, you can access the article here.
Labels: Baltimore Jen Michalski Poets and Writers The Tide King by Jen Michalski