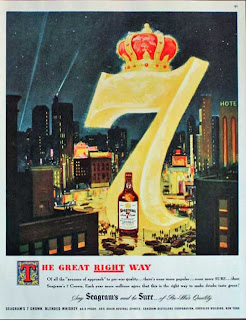 I was saddened, like everyone else, to learn of Philip Seymour Hoffman's passing on Sunday. I've read a spate of articles about how one is an addict forever, that it takes constant vigilance, that one can have twenty years of sobriety, much like Hoffman, and fall back into the rabbit hole just taking prescription medication or a certain trigger (even a storefront or street) that can return one to the days of using. On a theorhetical level, I understand this, but coming from an alcoholic family, I have never been able to really forgive my father his demons. He died, when he was my age, of alcoholism, after struggling with it before I was even born. I always viewed it as a personal failing of his, given that he was a liar, was abusive, was self-absorbed, and narcissistic. But how many of those traits comprised the addictive personality, and how many were actually his? Sadly, I only knew him through this dark prism. And I could never understand how he, after dealing with an alcoholic, abusive father, one he had to drag out of bars and drive home while on dates with my mom, decided that he could beat the odds, that he would not be the monster his father had been.

Or maybe I do understand. I drank in college, the same binge drinking that plagues most undergrads. I drank to have fun, to escape. I was a pleasant, fun drunk. I still am, on the rare occasions I let myself lose that much control. Like my father before me, I never thought I would become an alcoholic. Luckily, I didn't. I've always thought I'm too much of am emotional control freak to become dependent on alcohol—I simply could never see myself relinquishing that much control to a whiskey and coke.

But we know that's not true. Although we don't know why some people are more prone to alcohol, we do not it's not because of a lack of willpower. And I'm sure my dad thought, drinking his Seagrams whiskey, that he had the control to stop whenever he needed.

Except when he started to drink a fifth of Seagrams a day. And miss work. And complete several month-long private treatment programs that kept him sober for, well, a month. In the seventh grade, I learned, after my dad's first, then second, stints, that there was no such thing as happy ever after. That situations could get worse. That he could hit my mother, bruise her, threaten to kill her, to divorce her. Tell us kids he'd hidden a gun in the house and that we'd never find it, threaten us with a BB rifle when we came home from school. Steal from us. That the police would come and, at least for one night, while he was locked away, we could feel peace. When he began to hide alcohol all over the house, even in the engine of block of our car, before we were about to take a two-hour trip, endangering us all.

When my father died, I wasn't devastated. I was relieved. As a college sophomore, my father had become an embarrassment to me, more than anything: no job. Living at home with his parents. Accruing enough DUIs and DWIs to serve several stints in prison. A manipulative, lying shell of himself the few times I saw him, on semester break, mostly because my mother made me (and I was visiting my grandparents anyway). I could not see the humanity in him. If he had pain, emotional or physical, I did not know or care about it. If he had regrets, he never voiced them, except as a intricate pattern of deception, in letters he wrote from prison, about how he had stopped drinking and was sorry he was never much of a father but that he was taking his personal inventory, that he'd make it up to us, after he'd served his time, only to start drinking again once he was released.

And yet, I feel sympathy for Philip Seymour Hoffman and other addicts. I just don't feel sympathy for my father. Maybe because his addiction affected me so personally. Maybe because it colored the relationships I sought with men, with women, for years, full of codependency and wanting to feel like I finally "fixed" someone who was broken, since my parents were so resistant. Maybe it's because broken people still shine brighter, incandescent, to me, than healthy, stable people. That I have to be constantly vigilant against them, lest twenty years go by and I fall again into the rabbit hole of emotionally unavailable, immature, addictive people. When a friend jokes she can walk across a crowded room and pick out the alcoholic to talk to, even if he's not drinking, I know exactly what she means. They're people that feel safe somehow to us, even as they reveal, to our surprise, in the days, months, and years to follow, their dysfunction. What we realize, finally, is that they feel comfortable, which is different altogether. A devil we know.

I have not forgiven my father. But maybe now, twenty years later, that says more about me than it does about him. I just don't know what. It's inventory I've yet to take.
Labels: addiction alcoholism family father Philip Seymour Hoffman