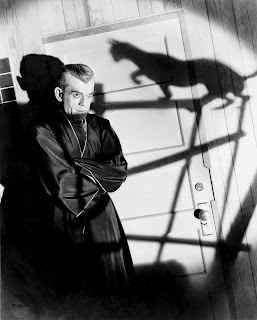 {originally published in The Northville Review)

Today I let Bengie dress himself, and the flaw in my logic is apparent immediately. The shirt is on the top and the pants are on the bottom, all right, but he has chosen his favorite shirt, the red Spiderman shirt with the black spider in the center, and his favorite pants, the super action cargo pants, which are bright orange. I don’t know how to explain to a 4-year-old that often your favorite dress pieces are not complimentary, but I don’t want the other moms at the park to think I’ve had a stroke, so I suggest we go to the library instead.

“But I want Tupac,” he whines. Tupac is a cat we see in the park every day. He’s walked on a leash by a man with glasses, a pug nose, and bushy eyebrows who I thought for the longest time was gay and not because of Tupac. I later found out there was a divorce settlement, with Tupac being one of the things settled.

“Is he a rare breed?” I had looked at the salt and pepper cat with one green eye and a kinked tail with suspicion.

“He’s ADSH.” The man, Jeffrey, rocked in his dock-siders. He’s top heavy, like a cannon standing on its end. “American domestic short hair. He’s a goddamn mutt is what he is.”

I make a deal with Bengie that we’ll go to the park to see Tupac if he goes back into his room and puts on a pair of jeans, that too many bright colors will scare Tupac. Bengie doesn’t know that cats are colorblind, and when he bounds out of his room in stocking feet the back pockets of his wranglers sit on either side of his crotch.

Jeffrey is at the park, wearing his windbreaker, hands in his pockets, but no Tupac.

“Goddamn pit bull came through here the other day and spooked him. Pulled the leash right out of my hand.” Jeffrey says goddamn a lot, and I worry about the day when Bengie, who sees Jeffrey more than his own father, will too. “I stood here for two hours yesterday, waiting for him to come back.”

“Tupac’s gone?” He looks at Jeffrey earnestly, and his eyes, still a clear blue, try to make sense of so many things these days. Why the Cold Stone Creamery sometimes runs out of butterscotch chips. Why the homeless people near the metro station can’t go home to their mommies. Why some people give away their cats to a shelter when they are the things Bengie wants more than anything in the world. We walk along the path, Bengie running exactly three steps ahead, as far as my imaginary leash will allow, yelling for Tupac. I think about Jonathan Heisman, who I dated for two semesters at American University. When I had lunch with a mutual friend last week, she swore she saw him sleeping under a blanket at Lafayette Park.

“How do you know for sure?” I had stirred sugar into my iced tea, whipping so hard that some of the tepid brown tea splashed over the top of the glass, drying crystals onto my hand.

“I’m pretty sure,” she answered. “He had that tattoo on his neck.”

I didn’t ask her why she didn’t find out for sure, why she had let him sleep there when we used to go out to the Perkins Restaurant in Rockville at three in the morning, still racing on acid, and drink coffee, giggling menacingly. Or when she crashed at his apartment for a week after college when she broke up with Damien, that he was the only one of us with a job, a bartender at the 9:30 club, and his own place. The only one of us who tried heroin, who still did drugs harder than alcohol after college. Who disappeared, a slip into the shadows that we, in a pre-Facebook world, took in stride along with other post-college shakeups.

“Tupac!” Bengie has somehow gotten so far ahead, fifteen feet nearly, and I scream, lunging at him and grabbing his hand.

“Don’t you ever, ever run away from Mommy.” I jerk him toward me and look him in the eyes. They tear, his lower lip trembles, and I hug him, bracing for the big cry, the wail that will worm through the park, waking daydreaming mothers with a start, worried that it is their own. I see Jeffery by the duck pond, his hand over his eyes like a seafarer. Who knows what he sees.