Writers on Craft at Fictionaut 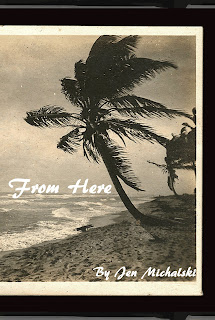 Thanks so much to the lovely and gifted Heather Fowler for talking with me about craft on The Fictionaut Blog. I love talking about writing almost as much as writing!

As a writer, I've kind of evolved over the years from short stories (with a small detour into flash for a year or two) into novels. I always like to think of it as when I was a little younger, I was more interested in distilling the essence of things into the short form, making a statement, because I didn't have much experience in the world and I was still learning myself. Now that I’m older, I still haven’t learned much, but I find I like to linger in places instead–the process interests me more than an overarching statement. I no longer feel writing has to be about something. For me, I've always written as a way to understand things, but I don’t even necessarily care what the outcome is anymore. Even if I set out to write about a complicated relationship with a relative but wind up writing about a blue hippopotamus instead, I no longer feel as if I've failed as a writer. I might try to reverse-engineer how I got from point A to point B, but even that doesn't matter anymore. Writing is just something that is, like breathing. It doesn't have to wind up in the Barnes & Noble or in the trash it. It’s just output, thoughts. It’s my process.