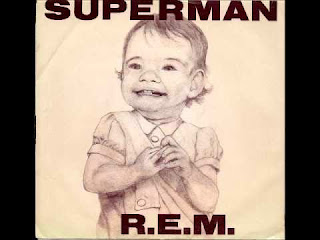 I have been reading a lot about how codependent people find an immense need to take care of other people, trying to fix them, the way they attract equally broken lovers and friends, whether they are women (or men) incapable of loving themselves or others, people who are eternal victims, covert narcissists and cluster B personality types, those with repressed homosexual tendencies, and it's all the things I've always read, but the thing that always puzzled me was the reason why—why do we invest so much energy trying to "help" other people other than ourselves? What is so terrible about my own inner life that I seem determined to focus on others and keep constantly busy in my waking life? After all, I am not scared of pain. I have emotions, and unlike some, am not afraid to feel them. Unlike some, I am not afraid to admit I'm wrong, an imperfect creature, and find ways to improve. From what am I running away?

I dreamed last night about being in a sporting goods store (probably because of my waking difficulty in finding a pair of running shoes that is functional and not extremely ugly—let's face it, running shoes have gotten way out of hand that way) looking for a new football or soccer ball or tennis racket or sneakers, I don't know know. I was hanging out with two women friends (who I adore in waking life, and who serve as a reminder to me that I am doing something right, that I do attract wonderful things into my life), and maybe we were getting ready for a party. I was suddenly in my mom's house. In the dream, she had moved to Baltimore for "treatment" for addiction, and before she succumbed to it, lived in a kind-of seedy part of Baltimore. There were so many things she had crammed into this house, things that brought her joy, one of which was a antique card rack, that kind that holds greeting cards. Every year in the dream, she'd take out all the holiday cards she'd saved and display them on this huge card rack, and I wondered whether I should take these things home with me, continue the tradition. My mother had a lot of trinkets, things she'd like to display, her own version of paradise, a visual reminder to be happy. I admire her ability to decorate, to always make a place look alive and happy to see you. It's a part of me that, living with a more minimalist partner, I have suppressed (and probably for the best—less to dust).

But I don't want to live my mother's life, the same way I don't want to employ her survival, her coping tactics in my own. My mother's coping mechanism to deal with my father's alcoholism was to drink, drink, drink, and essentially become an alcoholic herself. In the dream, I realized I was furious. Furious that I had two parents who passed along terrible survival skills, who made me feel like, in some way, taking care of people was being loved, that love was being needed (or, conversely, that love was pity, and that the more broken you were, the more attention you would get). Love is not being needy, being needed, or giving to someone else until you can't, and then giving some more. Love is being your own beautiful person, being happy. Loving yourself and being your own partner, mother, father, and if you are lucky or inclined, being with people who appreciate and honor you exactly as you are.

In the dream, I began to throw things, break things, scream. Vases, crystal figurines, books. I raged and screamed my head off that I had spent half my life caught in this vicious cycle of feeling undeserving of love unless I gave myself up to a friend, or a lover, or a parent, like a slave. And I realized what I had been running away from—terrible anger. In a story I wrote called "The Queen of Swords," a young girl opens a store where people can come in and smash things, get it out of their system. She supplies the objects and cleans everything up when they're done. I've often wished I had such a store to visit, and here was my dream world, offering one to me.

I am torn between what's mine in me, and what is the result of environment, upbringing. I am torn about what to honor. I am torn that I am angry when for most of my life I have thought I have been so calm, hidden, reserved. I don't want to be angry; I don't see the point in being angry about the past. How do I let go of all this emotion that flared up in my dream? Is it gone now, or does truly letting go of an emotion require a future action, ie, acting differently when a similar situation occurs, such as when a needy, broken person is attracted to my orbit like some moth, is letting go of the past and that anger involve my denying them entry, walking away, cutting my losses, no matter how much I think I have invested? Is it being a "selfish" person, putting my needs in front of everyone else's, of letting people figure out their own problems, carry their own baggage? And what do people who put away the cape, what do they do in their Clark Kent lives, for there is an incredible allure in thinking you're invincible, that you can carry hearts of so many, be their catcher in the rye?

Maybe without the cape, you can still fly.